Jorge A. Ganoza, President and CEO, commented, “Our financial results for the second quarter of 2018 continue to reflect San Jose´s strong silver and gold production during the year resulting in the Company´s record adjusted EBITDA for the second quarter and first half of 2018 of $35.2 million and $67.0 million.” Mr. Ganoza concluded, “Free cash flow for the second quarter and first half of 2018, excluding Lindero construction costs, totaled $9.1 million and $28.0 million.  This attests to the capacity of our business to translate high margins into free cash flow, contributing significantly to our strong liquidity position.” 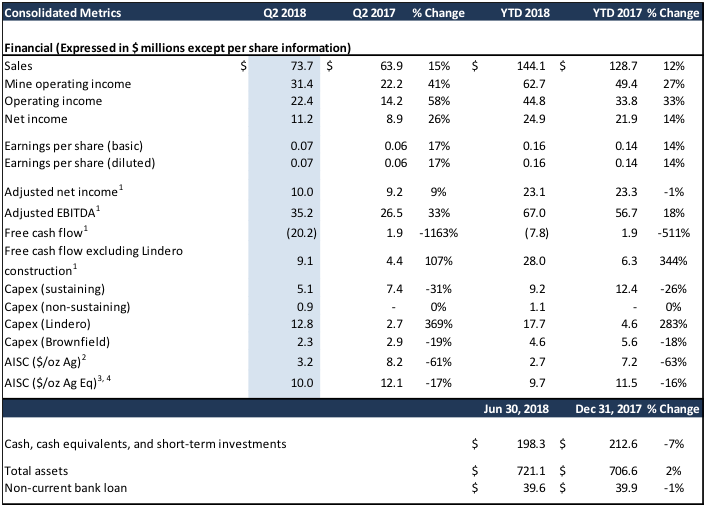 Higher sales and lower mine operating costs resulted in 58% increase in operating income which was partially offset by a higher effective tax rate.  The effective tax rate for the second quarter 2018 was 56% compared to 40% for the same period in 2017.    The increase in the effective tax rate was due primarily to the Argentine Peso declining 35% against the US dollar which increased the deferred income tax expense by $1.5 million, and a $1.3 million withholding tax charge related to expected dividend repatriation from our subsidiaries. The impact these two items had on earnings per share for the second quarter was $0.02 per share.

Free cash flow, excluding Lindero construction costs, was $9.1 million in the quarter and $28.0 million year to date. At June 30, 2018, the Company had cash, cash equivalents and short- term investments of $198.3 million which along with our undrawn credit facility of $80.0 million will provide sufficient liquidity to meet our funding needs during the construction of the Lindero project. 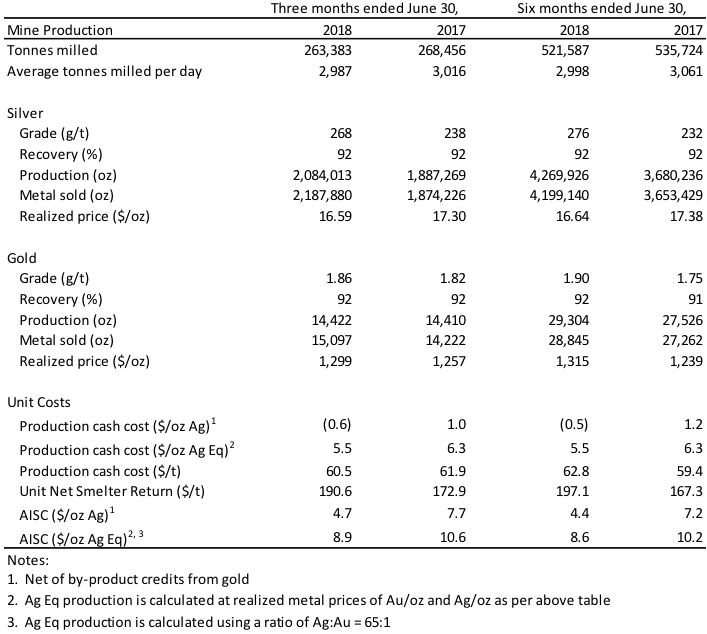 Cash cost per tonne of processed ore was $60. 5 or 2% below the  $61. 9 cash cost for the comparable quarter in 2017. The lower cash costs were due primarily to lower blasting and rock support costs but was partially offset by higher milling costs from dry-stack operations and higher concentrate shipping costs. 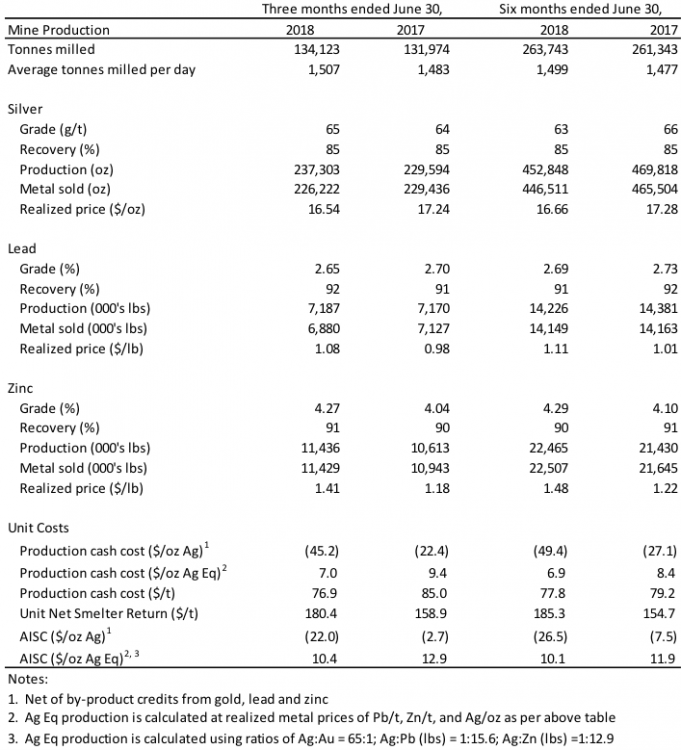 Cash cost per tonne of processed ore for the second quarter of 2018 was $76.9 or10% lower than the $85.0 cash cost for the comparable quarter in 2017, mainly as a result of the increased use of mechanized mining methods and lower concentrate transportation tariffs. 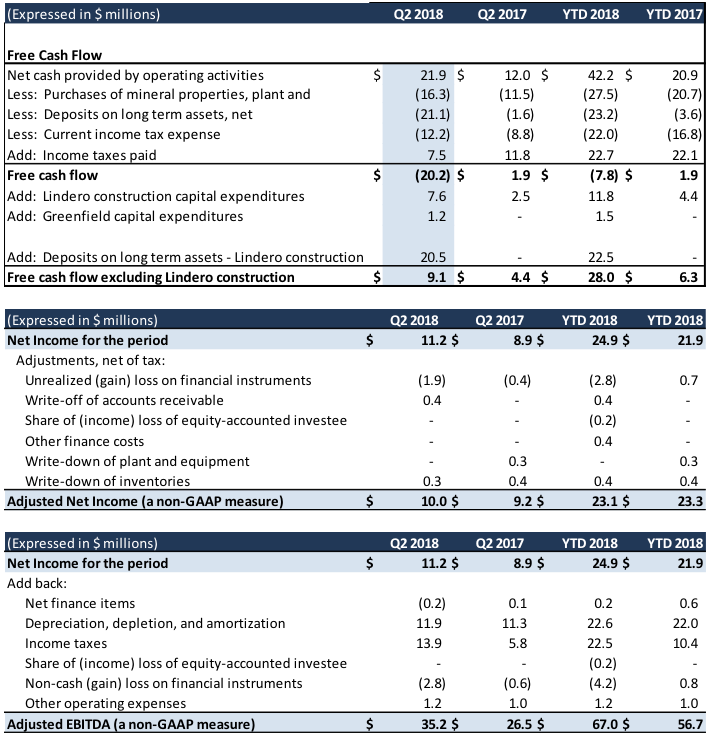 The financial statements and MD&A are available on SEDAR and have also been posted on the Company's website at https://www.fortunasilver.com/investors/financials/2018/.

Fortuna is a growth oriented, precious metal producer with its primary assets being the Caylloma silver mine in southern Peru, the San Jose silver-gold mine in Mexico and the Lindero gold Project in Argentina.  The Company is selectively pursuing acquisition opportunities throughout the Americas and in select other areas.  For more information, please visit its website at www.fortunasilver.com.

Forward looking Statements involve known and unknown risks, uncertainties and other factors which may cause the actual results, performance or achievements of the Company to be materially different from any results, performance or achievements expressed or implied by the Forward looking Statements. Such uncertainties and factors include, among others, changes in general economic conditions and financial markets; changes in prices for silver and other metals; technological and operational hazards in Fortuna’s mining and mine development activities; risks inherent in mineral exploration; uncertainties inherent in the estimation of mineral reserves, mineral resources, and metal recoveries; governmental and other approvals; political unrest or instability in countries where Fortuna is active; labor relations issues; as well as those factors discussed under “Risk Factors” in the Company's Annual Information Form. Although the Company has attempted to identify important factors that could cause actual actions, events or results to differ materially from those described in Forward looking Statements, there may be other factors that cause actions, events or results to differ from those anticipated, estimated or intended.

This news release also refers to non-GAAP financial measures, such as cash cost per tonne of processed ore; cash cost per payable ounce of silver; total production cost per tonne; all-in sustaining cash cost; all-in cash cost; adjusted net (loss) income; operating cash flow per share before changes in working capital, income taxes, and interest income; and adjusted EBITDA.  These measures do not have a standardized meaning or method of calculation, even though the descriptions of such measures may be similar. These performance measures have no meaning under International Financial Reporting Standards (IFRS) and therefore, amounts presented may not be comparable to similar data presented by other mining companies.